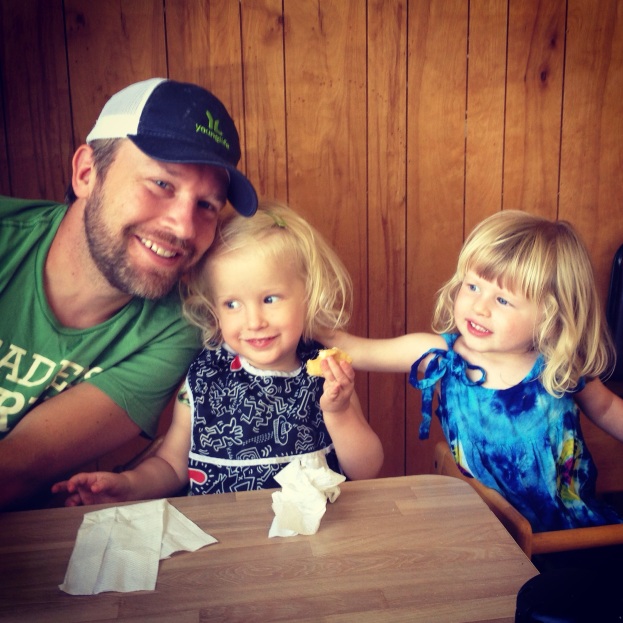 We’re sitting on the couch. Claire reaches up her dimpled hand and touches the knot just behind her right ear, mostly hidden in her loopy white blond curls. “I have an ouchy.” “Oh baby,” I say, “that’s not an ouchy, that’s your shunt! You have that because you have Spina Bifida. Your shunt helps your head feel better.” “Oh,” she says, “I have a buckle on my head.”

I knew it would happen eventually, but Claire has started noticing a few of the ways in which she’s different. Actually, really, I’m sure she’s noticed before now, but she’s just now able to start talking about her differences and asking questions about them.

Most of the time, like the incident above, I just give a matter-of-fact explanation on an age-appropriate level, and we move on. She doesn’t have theological or philosophical questions about why she has a shunt bump on her head, or why she has braces, or why she uses a catheter, though I’m sure eventually she will. Maybe by then, I’ll have some philosophical answers too. But for now, and for always, Spina Bifida won’t be some big thing. It’s not a defining struggle. It’s not even something we wish away. It just is. It always has been. It’s part of Claire, and while it may affect her in big and small ways, it’s just another way of being a person in the world.

I’m glad she’s a questioner. Her mama is too. I know she’ll know soon enough that her mama doesn’t have all the answers. I hope she knows that’s just part of being a person in the world, too.

Here’s what we want her to be most aware of: she is whole and complete, just the way she is. She is beautiful, smart, charming, witty, stubborn, and strong. She can sometimes be a total pain in the neck. And we wouldn’t have her any other way. So throw those questions at us kiddo, and we’ll figure all this out together.

3 Replies to “coming into awareness”