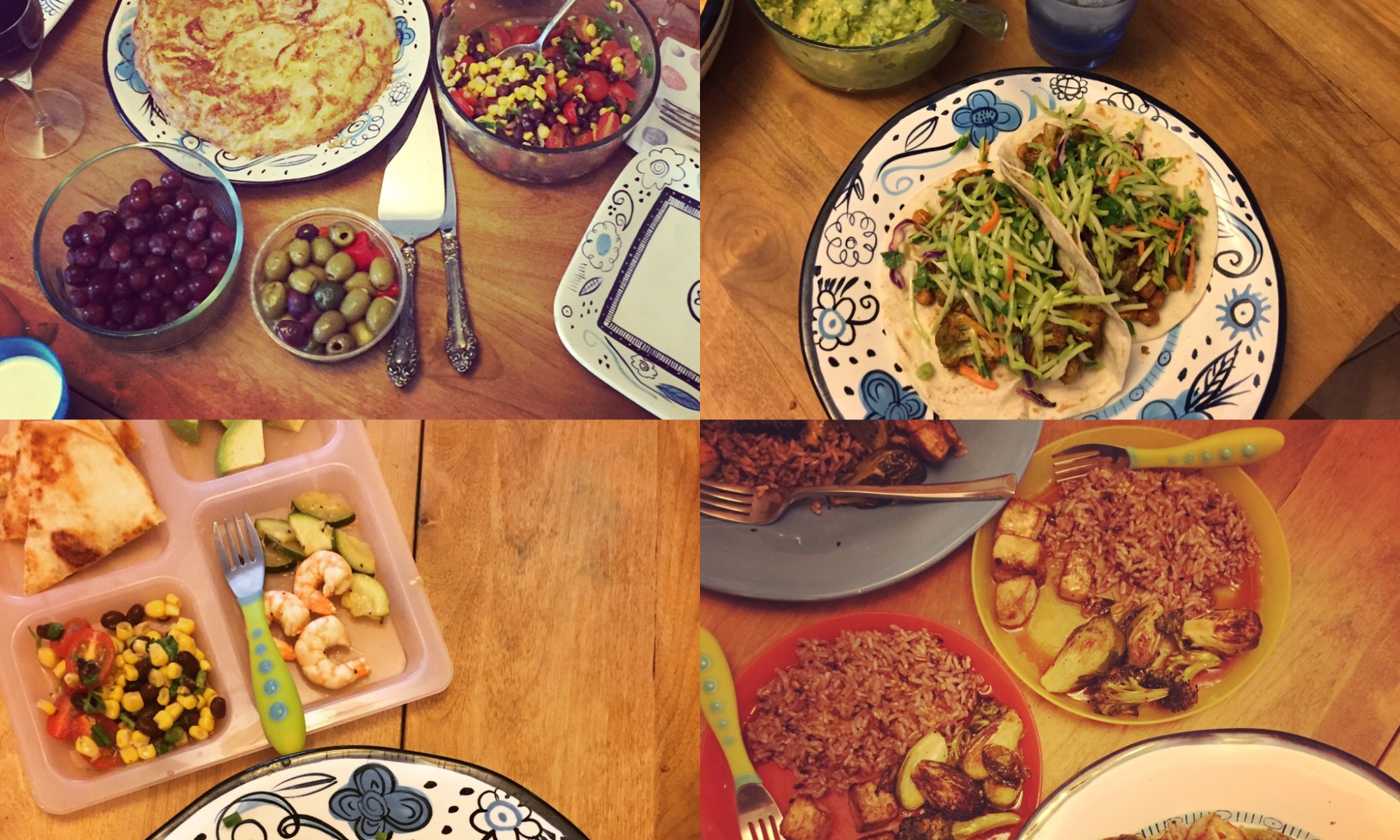 I promise eventually my life will slow down enough (more on that eventually) to do more than post menu plans, but today is not that day. We spent the week getting our den ready for new carpet to be installed (thanks, tax refund!), and spring cleaning in general, so not many deep thoughts were thought, which isn’t very conducive to writing. Even when I’m not writing, though, we gotta eat. Thus, Menu Planning Monday.

While spring cleaning, I found under our guest bed four giant binders of recipes I had torn out of magazines in the pre-Pinterest era. Now that my husband wants to get into cooking, I realized the hardest part for him will be deciding what to cook. He’s not a Pinterest-er, and he doesn’t read food blogs or peruse cookbooks. When I found those binders, though, I realized I could basically make him/us an analog Pinterest binder of vegetarian and seafood recipes that take less than 30 minutes. And since most of the recipes were from my old Real Simple and Rachael Ray subscriptions, they’re all pretty fast/healthy/easy, too. I went through all the binders and pulled out all the best-looking recipes, and now we can flip through them anytime. I can see it being useful to have the girls flip through and pick out some things they would like to eat every now and then, too.

Here’s what we’ll be making this week (reminder: if you’re reading via an RSS feed, you may need to click through to see the embedded pins):

The first recipe Jon picked out of the recipe binder:

One pot always wins me over:

Will likely serve these tuna cakes with cheesy grits and sautéed zucchini:

I have a bunch of kale that needs to be used before it disintegrates, so this tried-and-true recipe will take care of it, and it’s another one pot recipe:

And because I have a craving for some Costa Rican deliciousness, gallo pinto:

What about you? What’s on your menu this week? Made anything tasty lately?