My girls have fallen in love with “the puppets,” by which they mean The Muppets lately. No, this isn’t some sort of tie-in with their new show that apparently premiered this week, because I haven’t seen it, and I’m not on the Muppet payroll. (Although, Kermit, call me!) We have a few Muppet movies on DVD, and they’ve been watching those, particularly the newer one with Jason Segel that came out when I was pregnant with them, which Jon and I saw in the theater, which I totally SOBBED through because I was hopped up on double twin hormones and feeling very nostalgic. Anyway, one funny thing that the girls have picked up on from the movie is a song Amy Adams’ character sings while eating alone about “having a me party.” When we were out to lunch the other day, they saw a woman dining alone, and asked me if she was having a “me party.” And I’ve heard them say to each other when they feel like they need a little space or alone time, “could you please leave me alone? I need to have a me party.” I kind of love it. Both the phrase and the fact that these tiny people are self-aware enough to know that they need some alone time once in a while. And I love that it’s phrased positively, like a party, instead of negatively, like loneliness.

As a mom of three-year-old-twins, I don’t get a lot of me time. You know how society is always making us think we need to “do it all” and asks us how we “do it all” and creates a lot of insecurity around “all” and even though we know it’s a giant, soul-killing lie, we just keep buying into it, anyway? We all know this, and yet we keep on tap dancing, juggling flaming swords, just praying that we don’t get maimed too bad when it all falls down.

I’m tempted to say something like “Can I be real?” and make a candid admission, but here’s what I’m really going to say: you don’t need to ask permission to be real. You don’t need to sneakily confess that you’re not doing it all. Because deep down you know no one is, and you know that’s just life, and there shouldn’t be guilt there. I can’t even figure out how to do MOST OF IT, let alone all of it, in one day. I can be a few but not all of the following in a given day: a good mom, a good wife, a good friend, a good cook, a person who exercises, a person who writes, a person who took a shower today, a person with a clean house, a person who makes time for her spiritual wellbeing, a person who gets enough sleep. Which is why I just love love loved this post, “Limiting All” by a woman whose voice I have really come to love lately, Amanda Magee. In it, she writes, “Unclench your hand, let everything fall down, if for no other reason than to give your arm a rest and to regather the things so they fit better in your hand. We are all sitting precariously on towers of our own making. They don’t have to reach the sky or carry the world, they just need to hold us and that starts with us accepting that ‘all’ is not something we even want.” 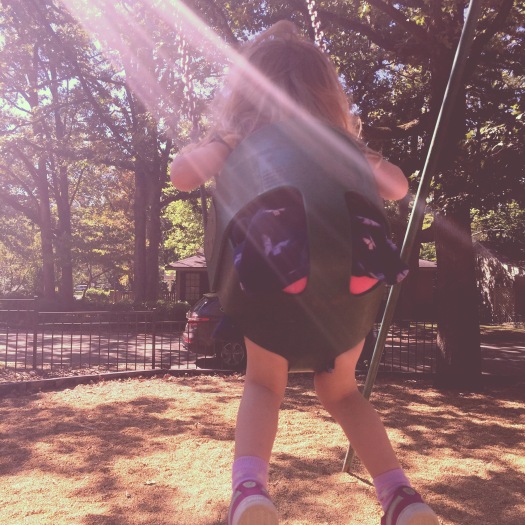 So, a great gift my husband has given me the last three days is he’s given me some “me party” time. I know that we both want each other to take time to nurture ourselves, but work schedules and actually taking advantage of the time we do have doesn’t always work out. But this week, it has. Namely, for the last 3 days, I’ve gotten out for 45 minutes to an hour to just take a walk in the lovely finally starting to cool off weather, basking in the sunshine, earbuds and a podcast in my ears. Because while I love doing Zumba in my den, it’s just SO FREAKING NICE after basically being cooped up in air conditioned spaces for the last three months, to get some fresh air in my lungs and just be by myself and listen to stuff that feeds my mind.

Taking care of my mind/body is something that often ends up on the back burner, because I am taking care of small people, trying to nurture relationships, and also trying to squeeze out time to do the thing I love the most: write. But the thing is, a lot of the time, I feel like all my creative energy gets used up in the course of just trying to create my best self with which to interact and parent my children every single day. I mean, I’m literally writing the character I inhabit all day every day, trying to put affirming, patient, peaceful words and thoughts in my mind and my mouth, trying desperately to construct the reality I want them to live in. And since I’m a person who writes about my life, sometimes being actively in it makes it hard to also observe it and package great insights wrapped in words. I know it’s hip to talk about living your life as if you’re writing a story these days, but man, that’s how I see my world. I’m writing a story with my life all day, and sometimes that leaves very little headspace or energy for actual writing. Which then creates guilt because my writing is this big key piece of my personality and sanity and wellbeing.

So, anyway, these last three days, I’ve walked a total of 8 miles or so, and I’ve been listening to interesting things along the way, and today as I was trucking along, I was straight up moved to tears listening to Elizabeth Gilbert talking to Rob Bell on his Rob Cast (episode 36). You should really listen to the whole thing, because it’s super special, but the part that made me cry as I walked was when a mom of a young child asked Elizabeth about finding the time to write in the midst of motherhood and all the fatigue and busyness that comes with it. And she basically told the woman that she needed to give herself permission to not be writing right now, and to take care of her “animal body” as much as she could, by getting enough rest and being kind to herself. And at that moment, the piece of me that feels guilty that I don’t get to do more writing, guilty that I so often open this page up with empty hands and nothing to offer, guilty that I can’t even do MOST OF THE THINGS in one day, that hard little piece of me broke open a little bit, and some light and some air got into my soul, the same stuff I’ve been basking in on my walks. 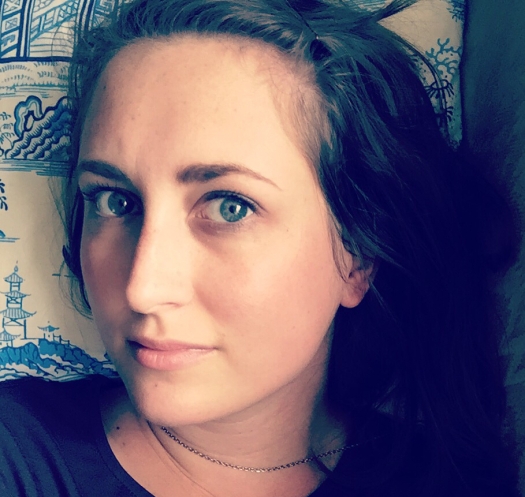 Intellectually I know I can’t do most of the things in the same day. And I need to let that be OK in the season I am in right now. I will write when the planets align, and when I have something I need to say, I will fight to make the time to do it. And when I need to take care of my animal body with a long walk in the sunshine and something inspiring in my ears, I will accept with pleasure the gift of time to do it. Today, because I have accepted that gift, my legs are a little sore, and my heart toward myself is a little softer, and I found the time to write way too many words about it, and there’s banana bread cooling on the counter. That’s not ALL, by any means, but it’s enough. And I’m so much more interested in enough.