Let’s face it, although they’re getting much more interactive, there’s not a lot very nearly 4 month olds can do. And so I make them pose for ridiculous photo shoots. Because I can, and because the cute is unbearable. The theme of my most recent insanity? Baby animals. Admit it: twins in animal hats with stuffed animals equals the cutest thing you’ve seen in a while. Only thing that could make it cuter is if there were an actual baby animal in the photo. Unfortunately Tinycat wanted no part of these shenanigans (the babies probably wanted no part of them either, but they lack claws of fury and the ability to hide under things). 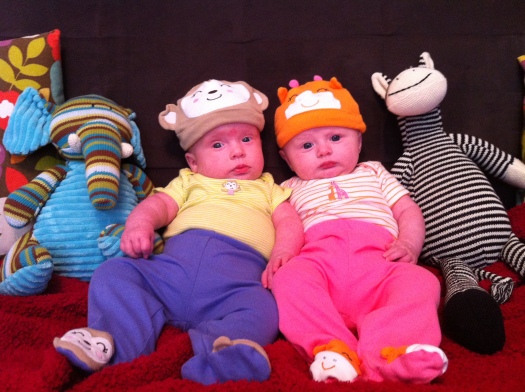 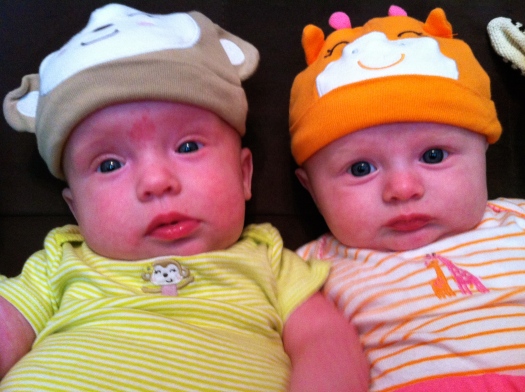 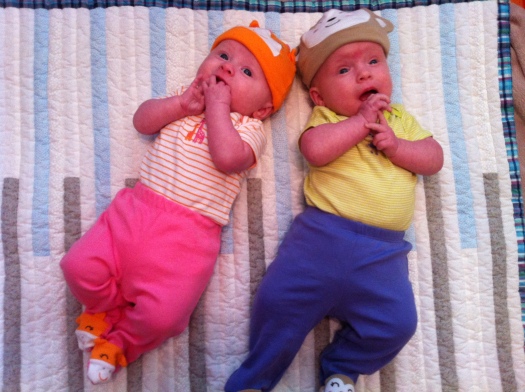 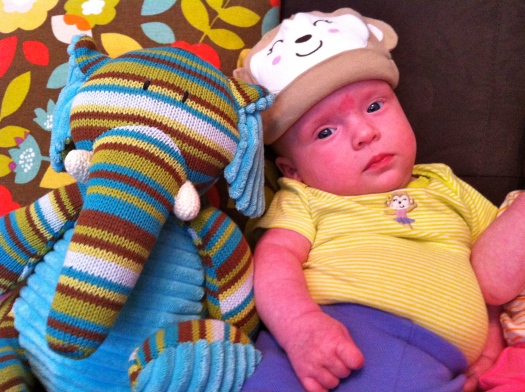 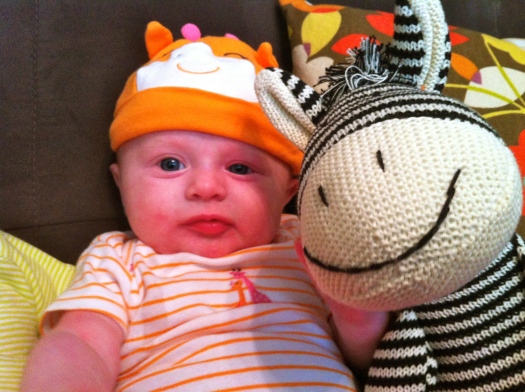 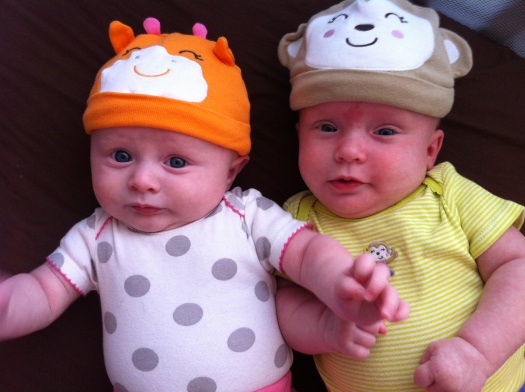 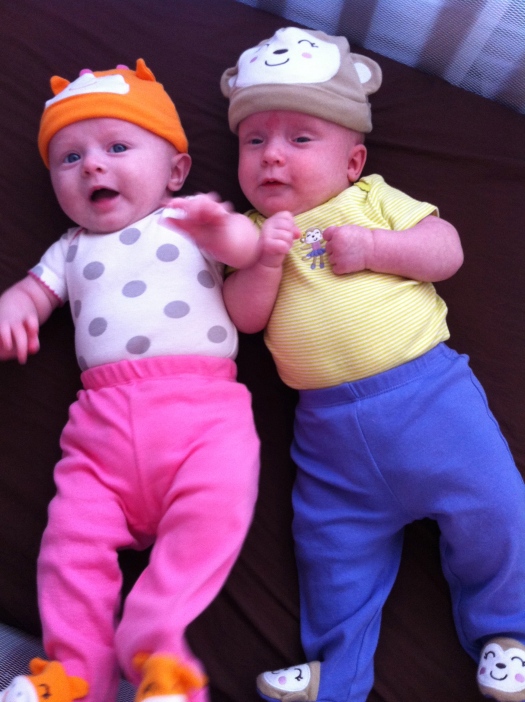 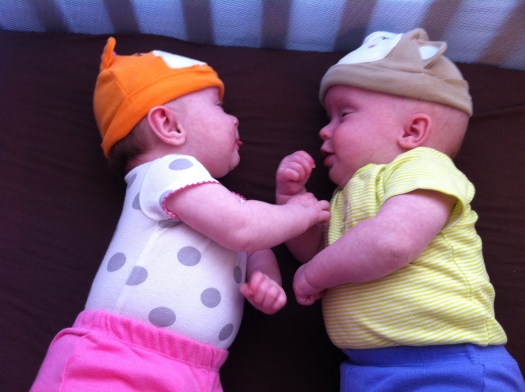